Please fill in your detail and brief enquiry in below form

Our morning starts with the wonderful buffet breakfast served up in the Hotel. Fresh omelettes cooked to order alongside pastries, spring rolls, noodles and piles of fresh fruit (to mention only a few). Everyone is well rested after a night in the comfy rooms here, ready for the 8am bus pickup and full-day tour of the city. 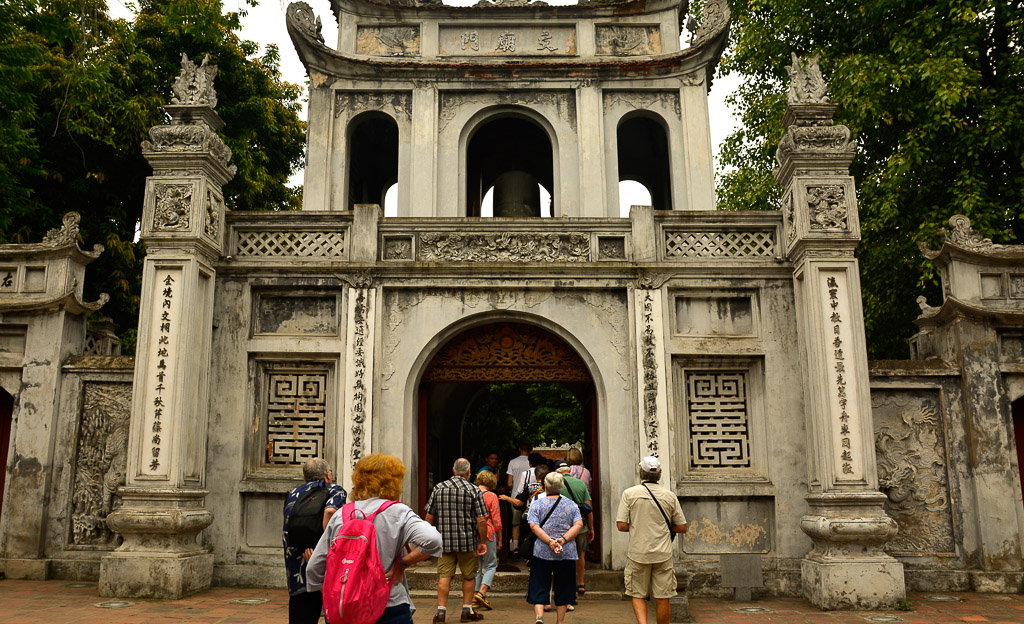 First stop is the Temple of Literature, built in 1070 and home to the Imperial Academy; the country’s first national university. A beautiful structure, full of history; a memorial to its professors throughout time. Alongside its position as a tourist attraction, the temple remains active to local prayers and activity. The smell of fresh incense fills the air, carrying the wishes into the sky, adding to the already devotional atmosphere.

Wandering back through serene gardens that surround the temple, you feel calm and at peace, a great first stop for the day.

Just down the road, and housed in a former Catholic boarding house built in 1937, is the Vietnam National Museum of Fine Arts. The absorbing collection contains art from various periods, the majority of 20th century work focussing on the story of a nation in defence, with the struggles against the French occupation and American war the apparent in many pieces. Intricately hand-worked wood and stone figures fill the halls, the various forms of Buddha, prevalent. Plenty of benches sit amidst the displays, giving time and space for contemplation. 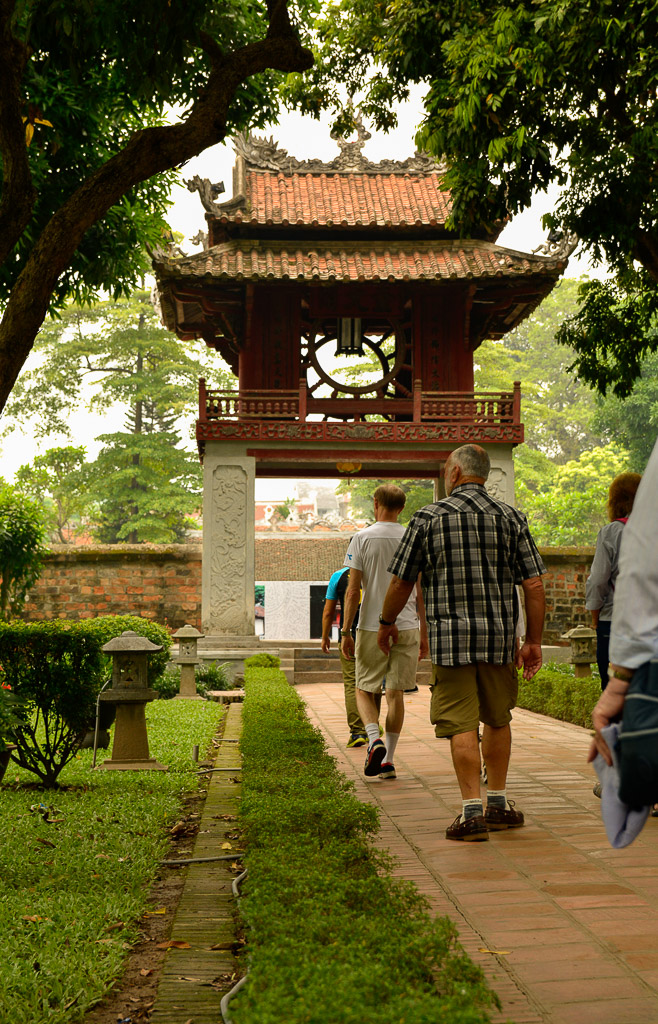 Back into the bus, we head across town to the Vietnam Museum of Ethnology. Opened in 1997, and modern in appearance, the contents of this building focus on 54 nationally recognised ethnic minority groups. The country is full of stunning cultural diversity and this museum displays it beautifully, showcasing how diversely traditional people lived up and down the country.

The large crowds of domestic tourists that this museum attracts, highlights the importance placed on national history by the Vietnamese people. Traditional houses from different ethnic groups surround the modern glass and concrete structure, giving a fascinating contrast, highlighting the nation’s accelerating modernisation.

The weather for our tour and a day on the town could not have been more perfect. Exploring museums can be surprisingly tiring as you try to soak-in the information and history. Perfect time for a lunch stop.

KOTO, standing for ‘Know One Teach One’, is a non-for-profit restaurant chain aimed at helping disadvantaged youth. Started, 16 years ago, by a Vietnamese-Australian, KOTO has trained more than 670 students to this day.

As well as being such a brilliant cause, the food and service here are some of the best I’ve experienced in Vietnam (the coffee and Pho noodle soup particular highlights). We were treated to a wonderful set-menu lunch with plentiful servings and wondrous flavours. The Summer mocktail drink list proved very popular with our group, a refreshing way to recoup energy for the rest of the day. Check out KOTO at the link here; 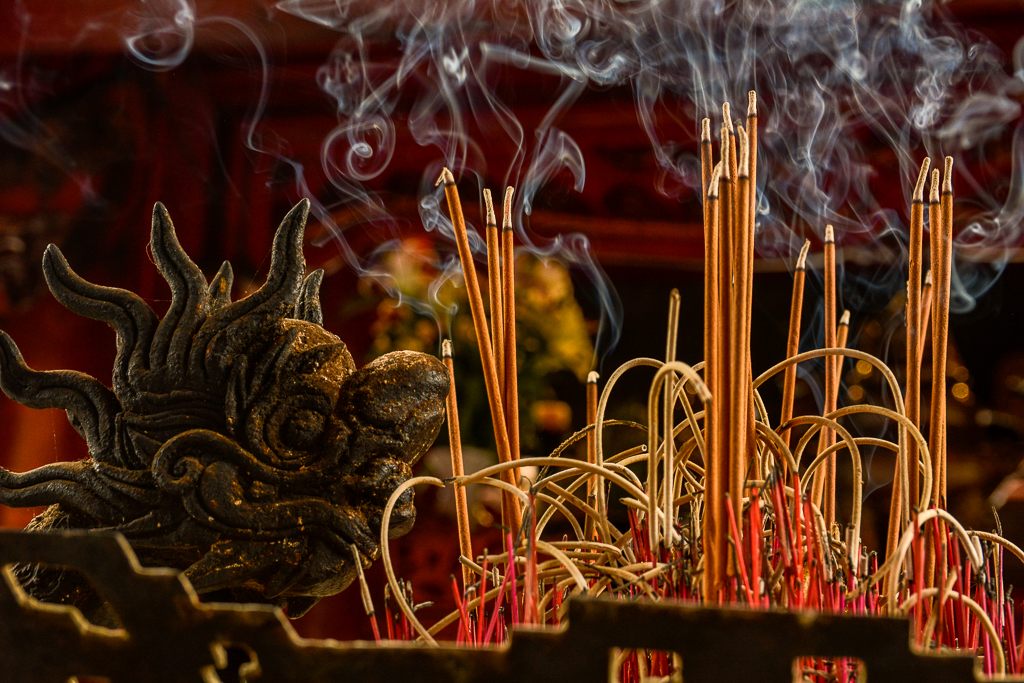 The bus brought us to our next stop, the Mausoleum of Ho Chi Minh. Preserved in a glass case and protected by military honour guard are the embalmed remains of the Chairman. The impressive architecture was influenced by Lenin’s Mausoleum in Moscow, yet blends traditional Vietnamese design elements.

Next door is the presidential palace where Ho Chi Minh refused to live, instead, humbly residing in the maintenance staff quarters where he would also conduct meetings and receive guests. The abode is surrounded by beautiful lush gardens and lakes, creating a calm atmosphere of absolute respect and reverence. Following around the lake we reach the One Pillar Pagoda; one of Vietnams most iconic temples. Built in 1049, the pillar was built amidst a lotus pond, paying respect to a dream of Emperor Lý Thái Tông. It is surrounded by colourful Buddhist flags, flowing energetically in the wind.

The last of the big attractions for the tour, a perfect spot to unwind and take in the tranquil mood. 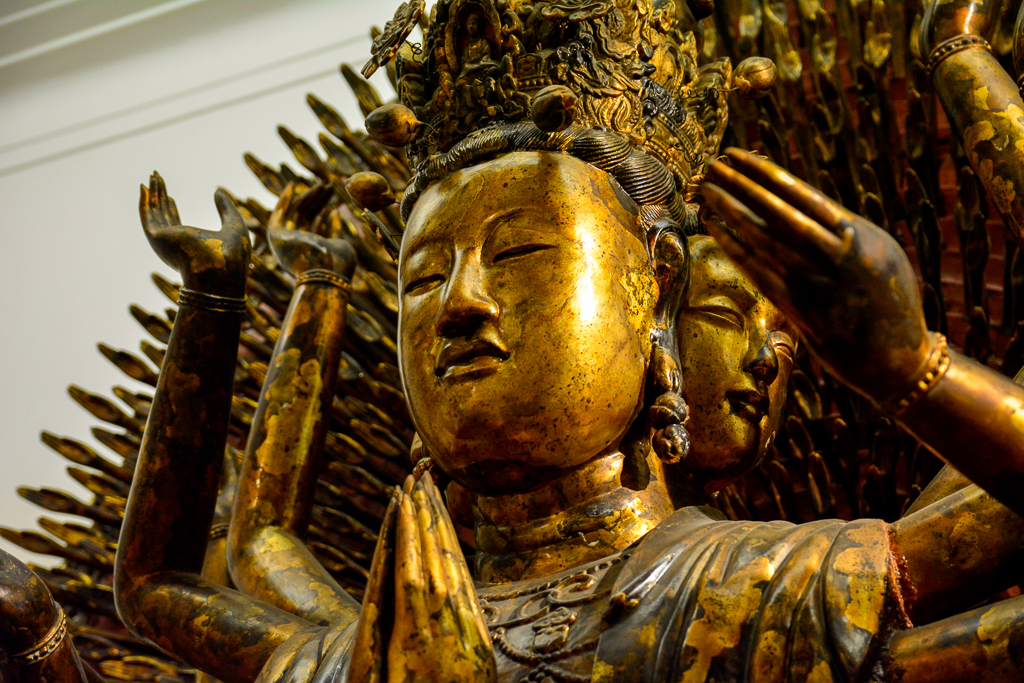 Back to the wonderful Old Quarter. We pull up on the edge of the main road where 2 Cyclos are awaiting, not enough for our group of 13. A quick phone call and the rickshaw type transports with their bright red canopies and shiny metal frames come streaming around the corner. Whisking one of us away at a time, a lovely way to see the town; as we meander past the hustle and bustle of the city life. The slow pace combined with not needing to watch your step really lets you absorb the atmosphere and see details that one may regularly miss.

The lovely cyclo tour ends close by Hoan Kiem, with a short walk around the corner bringing us to the Water Puppet theatre. Not knowing what to expect, I was awesomely surprised and entertained by the whole show. The puppets, humorous and informative, were accompanied by a live score played with traditional instruments and colourful and fun pyrotechnics right on stage. The show conveyed a mythical history of Vietnam, from farming, hunting, cultural development and war, to shimmering dragons bringing the stage to life.

The end of the show signalled the end of our city tour. A great taste of a fun and historical city. So much has been seen in our quick 2 day stop. For now, our group continues onto beautiful Ha Long bay, but I’m already looking forward to coming back and seeing more of what Hanoi has to offer later in the week. 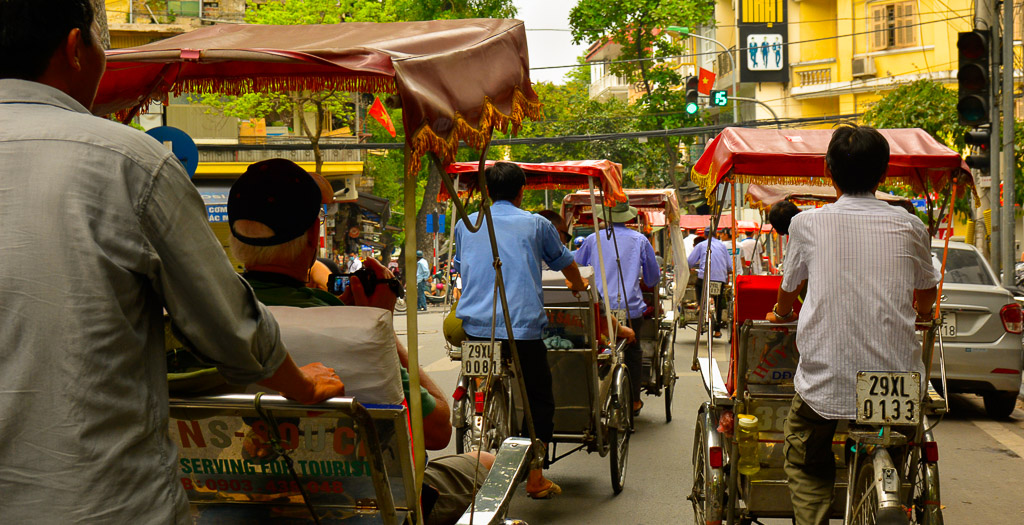 Osaka, the magnificent port city and commercial centre. Rich culture, busy modern streets, excellent local cuisine and street foods are only the beginning. When arriving, a great first stop is a tourist information centre, to grab a map and any … Continue reading →